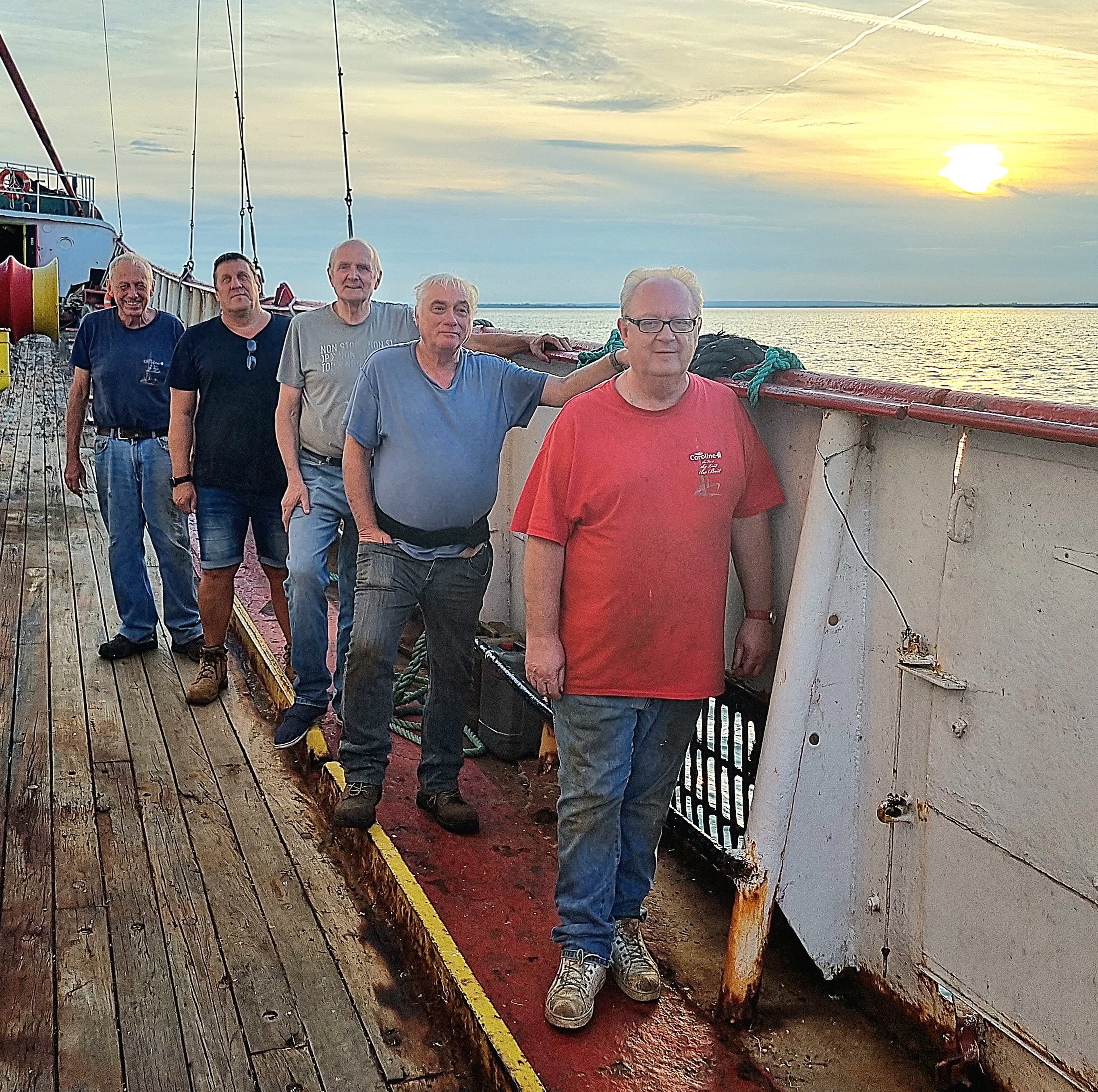 Arriving early on Friday 2nd September 2022 the Ross Revenge Mainteance Team were tasked with carrying out the first stage of strip out works in what will end up being our educational facility in the ship's Forepeak area. With visitor's arriving on Sunday the key objective was to get in and out within a couple of days, removing as much clutter as possible and limiting any inconvenience to our visitors.

Pictured opposite shows our voluteers (left to right) = Derek May | George Johnson | Roger Tricker | Mike Webb | Nick Farrant. Behind the lens was Roland Beaney and out of sight David Noakes.

Existing Clutter
As has been mentioned previously, over the years we have acumulated a huge collection of clutter that has been spread over three levels of the Forepeak - (Upper Level Mechanical and Electrical Stores | Mid Level Rope Store | and Lower Level Chain Locker.

With the new educational facility proposed to be located on the Forepeak Mid Level the maintenance team spent the weekend either moving things between levels or making the decision for items to be removed from the ship.

The team still have a couple of return visits to get completed - following those visits we look forward to detailing our build proposals for the facility.

A selection of photos below, taken during the first strip out phase. 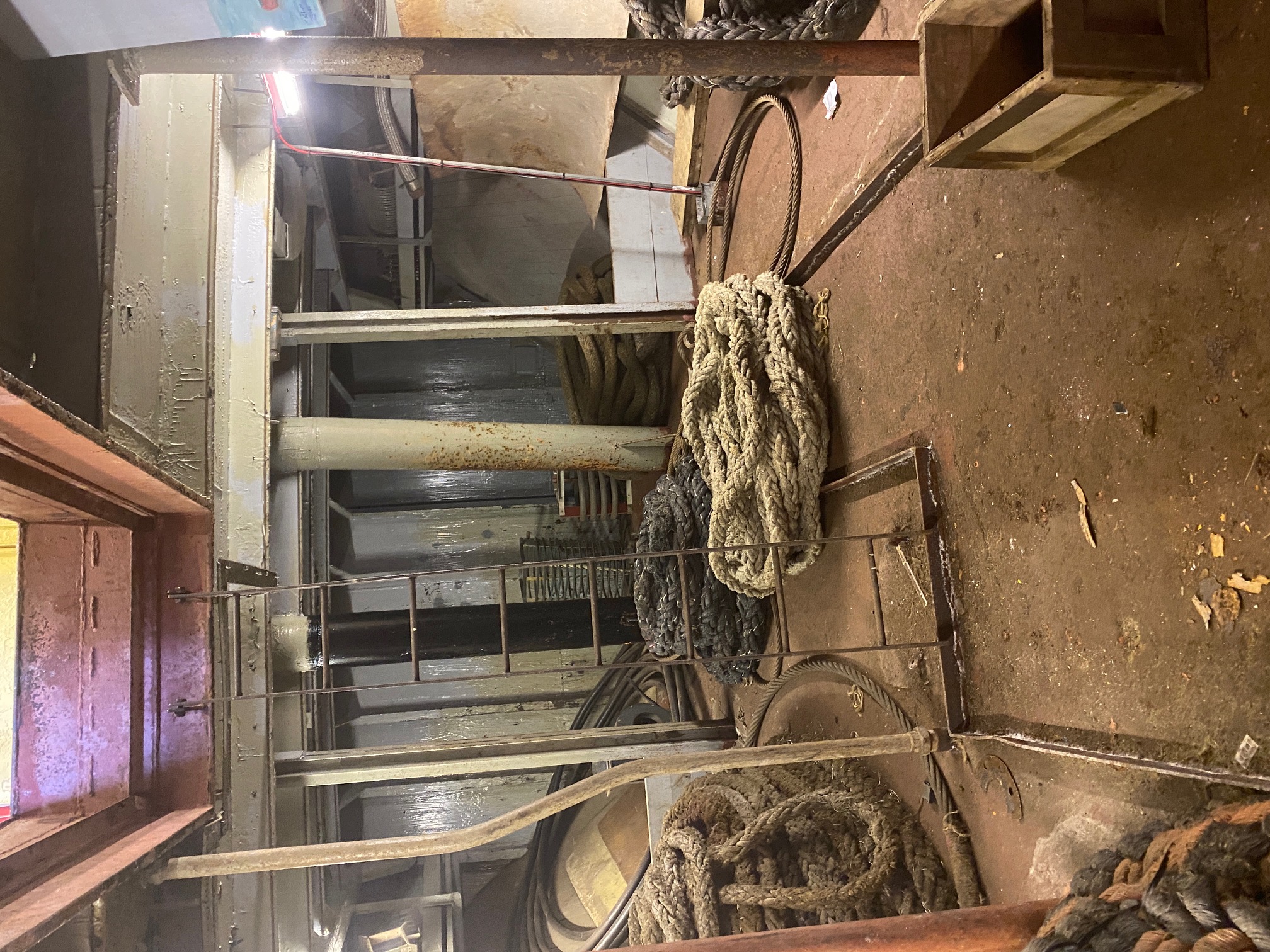 Cleaning out the mid level with just the ropes to go. 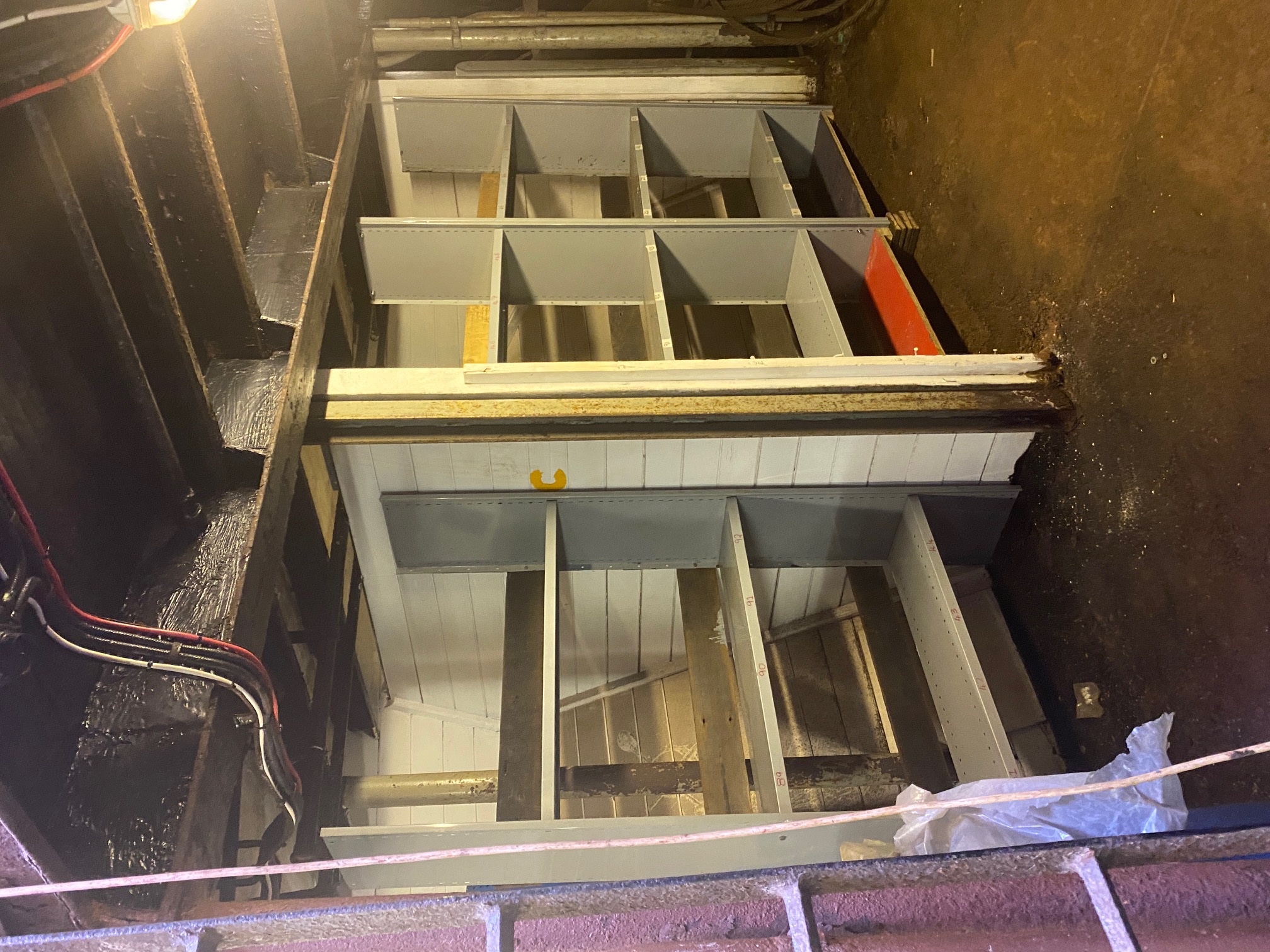 New Shelving in the Chain Locker 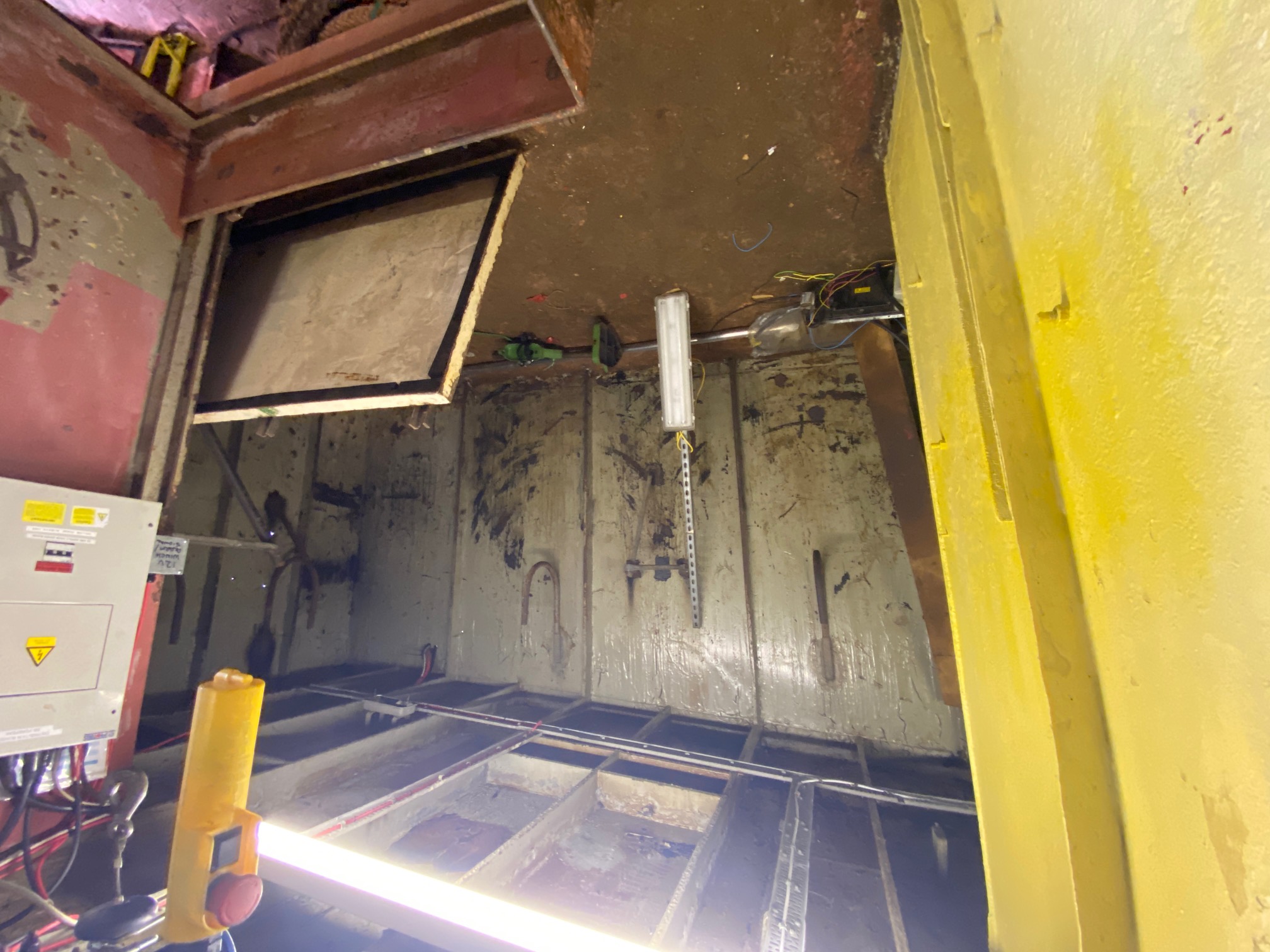 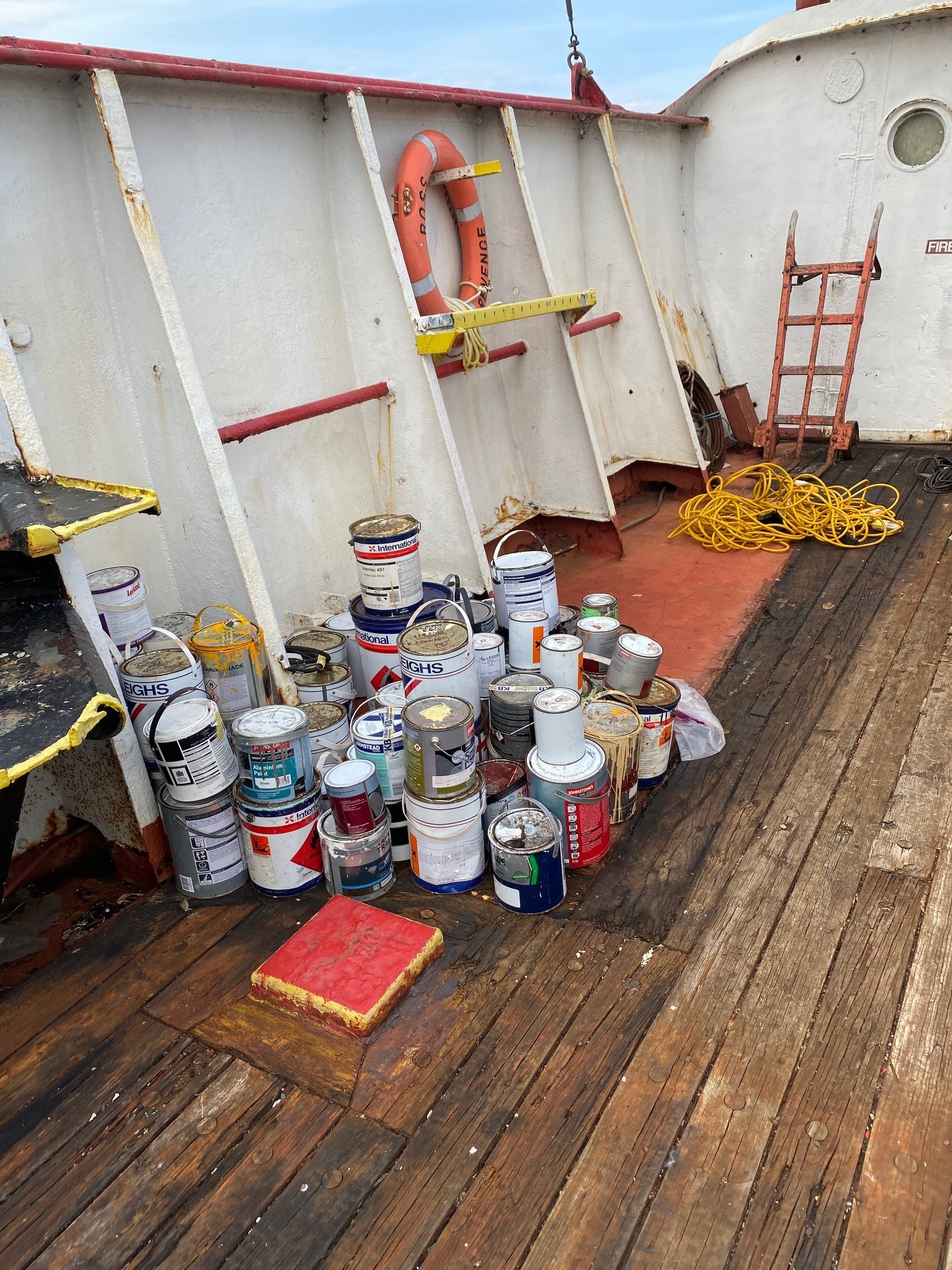 A small selection of paint tins that need to be removed. 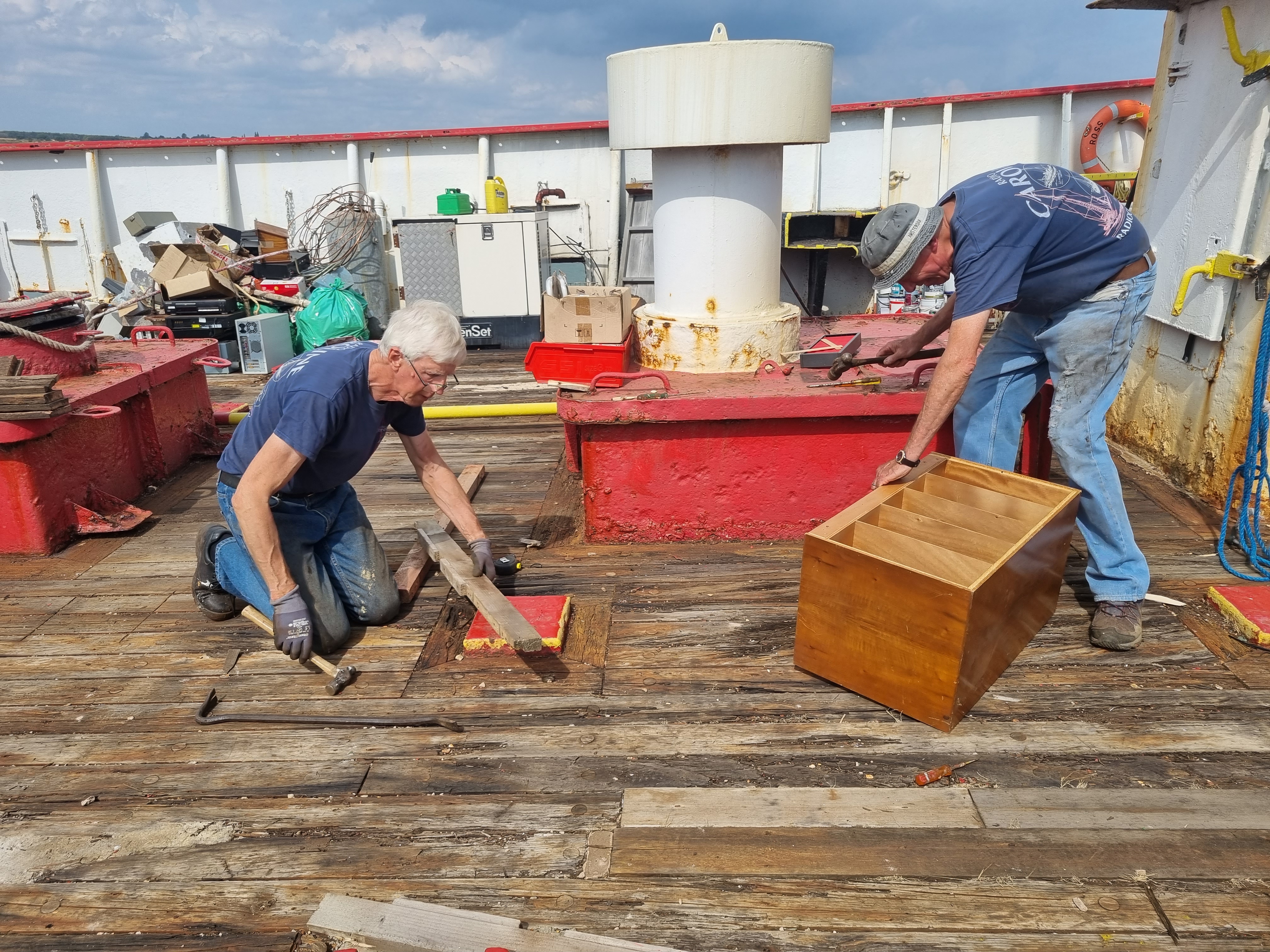 Volunteers David Noakes and Derek May breaking down anything from the wood family.